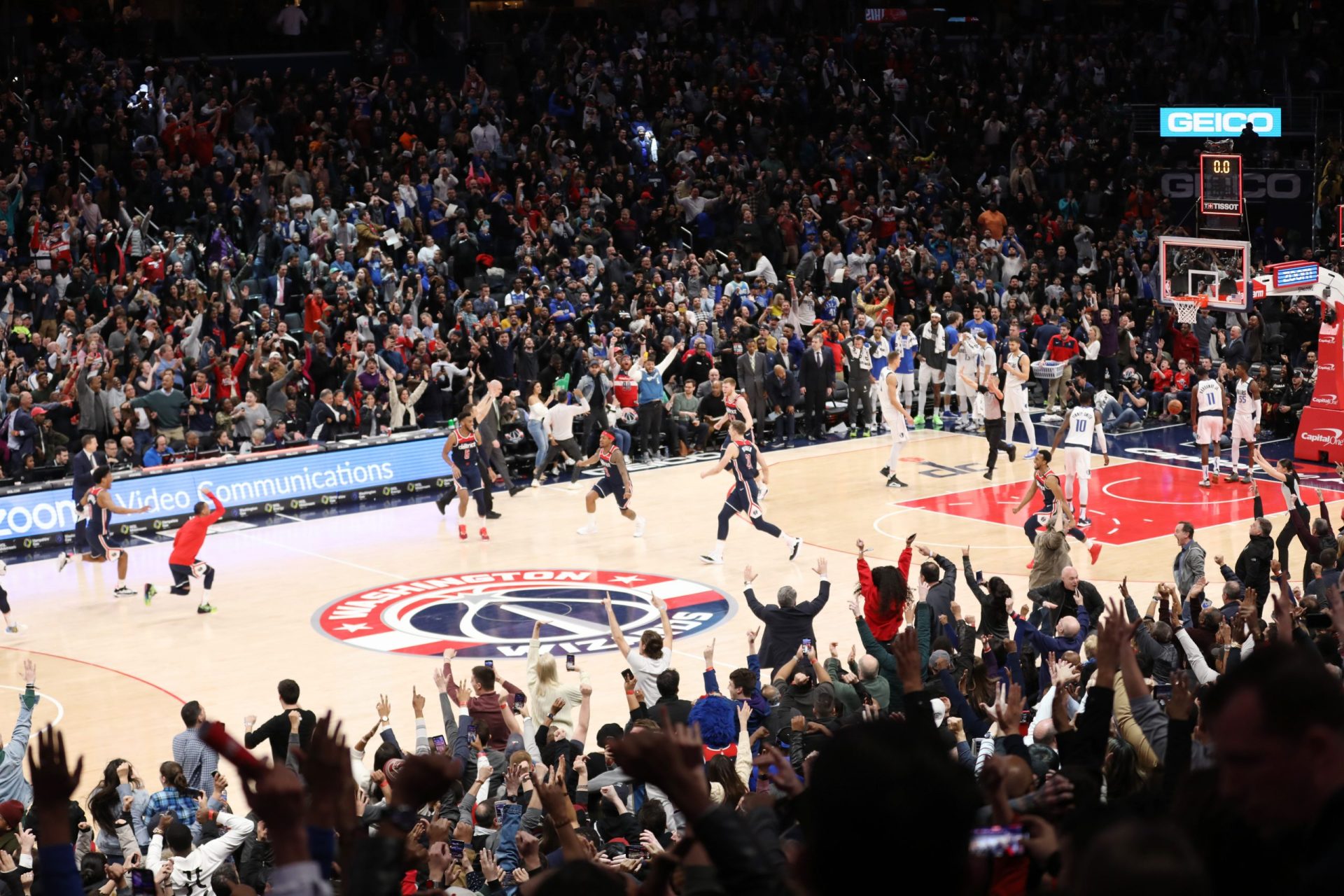 You can say all you want about Bradley Beal, not good enough to make the All Star team, can’t close out must win games… whatever it might be, this guy just never quits when it comes to leaving it all on the court, win or lose. Tonight was another one of those leave it all out there and grab the victory with 0.2 seconds remaining.

Beal finished with 29 points and give the Washington Wizards a 119-118 victory Friday night over Dallas, which has dropped three of five since Doncic went out with a sprained right ankle. The Mavericks committed 14 turnovers that turned into 23 Wizards points, and they weren’t themselves defensively in part because Kristaps Porzingis got into foul trouble.

“I can’t say enough about Brad finding ways to help this team night in and night out,” said Wizards Head Coach Scott Brooks.

Don’t look now, the Wizards are just three games back of the eighth seed.

“It just meant a lot to win at the end of the day,” said Beal, who was 11 of 28 from the field. “We’ve got four or five home games before the break. We can take full advantage of that and be sitting right in the playoff picture.”

Washington made 19 of 38 3-pointers. Davis Bertans was responsible for five of them and finished with 20 points.