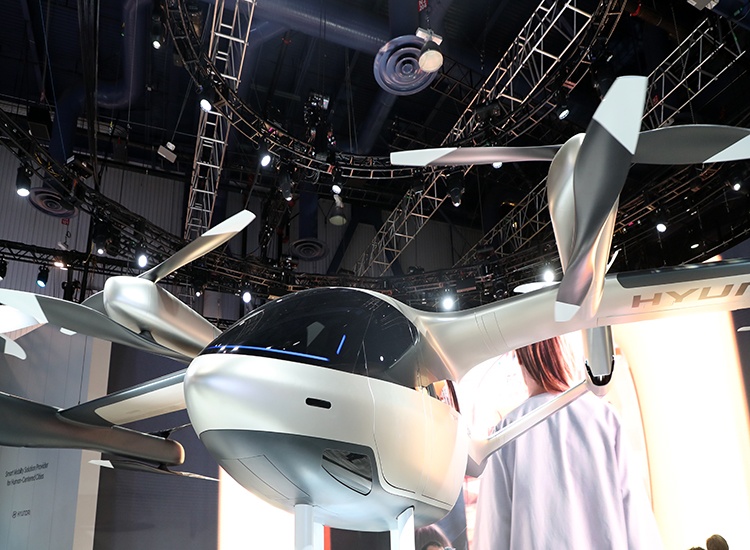 In the past 20 years at CES, we have seen things like 1080p leading the way and tablets leading the innovations.. Now we are on 8K televisions, autonomous cars, flying Uber and robotics taking over the interest in attendees.

One of the biggest things we have seen over the past few years was displays that talk about climate change and how the products effect all parts of it. Each year of the last four there has been a section to address how we can make a difference by plant growth technologies to sciences all the way down to how things are grown.

So on to the 8k category… Where do we start with this? Many of you have asked where we are in this category, so lets talk about some of what we saw.

Samsung’s 8K Q950 certainly stood out to us was it stunning design. When we finally have full 8K capabilities this television has bezels so small they disappear to your eyes as soon as the screen turns on. One thing that is missing from this unit and all of the ones we saw this week is black space. So why is the black space surrounding the displays on our smartphones almost gone, so why not all TVs getting this treatment? Samsung has pulled that off. This should be the future of TV design — but it should’ve been available in a 4K TV. Everyone would purchase a 4k version of this, but 8k at the prices offered seems a bit off for most general consumers.

What was the most outrageous booth and product for 2020? Has to be the SONY car!! Yes, a car totally built to rival the Tesla.

Sony showed up at this year’s CES with an example of how to do a concept right with the Vision-S electric sedan. The company wants to be more involved in the worlds of electric and autonomous vehicles, and to signal that, it built what is basically a fully functioning electric sedan. The Vision-S is decked out with Sony sensors, runs Sony software, and prominently features Sony entertainment products and technologies. Sony could have thrown these ideas in a hunk of plastic, said it was a concept car, and called it a day. Instead, the company chose to spend the time and money creating a one-off that works, thereby signaling to potential partners and customers just how willing it is to commit to the bit. Too bad the company insists the Vision-S won’t ever be anything other than a one-off concept. Can not wait to see this one the street.

Perhaps the most advanced concept and maybe outrageous is the flying taxi courtesy of Uber and Hyundai.

Uber Air would work similarly to how Uber operates now – with a push of a button a car would pick you up and take you to a Skyport where an Urban Air Mobility (UAM) vehicle is waiting to fly you to the next hub most proximate to your destination. The passenger will then hop in another car that will take them the rest of the way.

The S-A1 would just be one component of the urban air mobility ecosystem connecting the whole network together to allow passengers to get from point A to B.

While this might all sound ridiculous and lightyears away, both Hyundai and Uber expect the next form of consumer transportation to hit the market within the next decade.

From the smart home category, the best products we saw were wireless lighting options from GE and of course Kohler unveiled a new wireless speaker on the shower head. We can now rinse and dump all while listening to the best tunes possible. Disconnecting was so 2019 and last decade, connection to our bodies is all 2020. 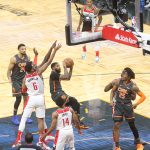