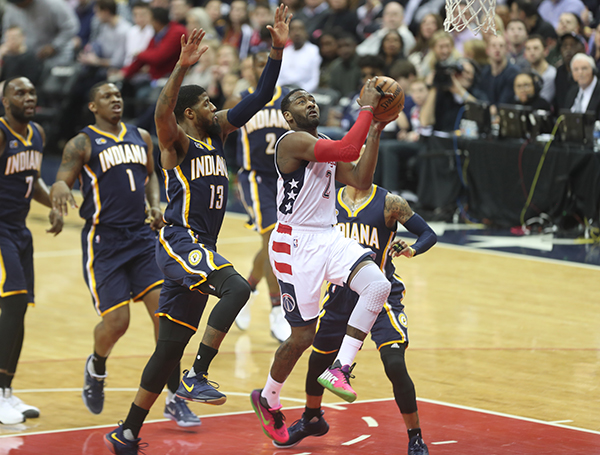 The Wizards may have dropped a game as part of a two month winning streak at home, but tonight they started another one with a strong victory over the Indiana Pacers, 112-107.

The Pacers gave it one more shot in the final minutes when Monta Ellis hit a runner in the lane with 1:30 remaining to pull them to within one point at 103-102, but it was the John Wall show from there as part of his 8 of the last 9 Wizards points to round out the game.

Bradley Beal added 20 points for the Wizards, who have won 18 of their past 19 home games. The exception? A loss in their last time out in Washington, 140-135 in overtime against LeBron James and the Cleveland Cavaliers on Monday.

“We just have to continue to give it our all every night and these games are ones that we need and we got another one tonight. Let’s hope we can go on another streak at home, said Wall.

Tonight was another night that Wizards fans could be heard chanting MVP for Wall again, as he has carried this team night in and night out and the other players have followed suit to make this one of the best Wizards reams in years. 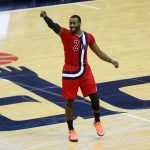 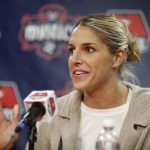